Stage I: Local development. Pancreatic malignant growth is constrained to the pancreas, yet has become to under 2 centimeters crosswise over (arrange IA) or more prominent than 2 however close to 4 centimeters (organize IB).

Stage II: Local spread. Pancreatic malignant growth is more than 4 centimeters and is either restricted to the pancreas or there is neighborhood spread where the disease has become outside of the pancreas, or has spread to close by lymph hubs. It has not spread to inaccessible locales.

Stage III: Wider spread. The tumor may have ventured into close by significant veins or nerves, however has not metastasized to remove destinations. 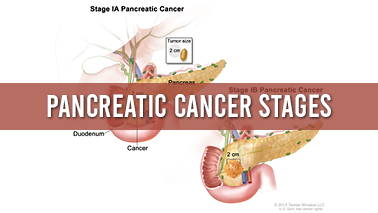